Boom or bubble: What the next 24 months will look like for the Australian property market - Real Estate Agent in Thomastown

Boom or bubble: What the next 24 months will look like for the Australian property market

Home  >  Blog  >   Boom or bubble: What the next 24 months will look like for the Australian property market 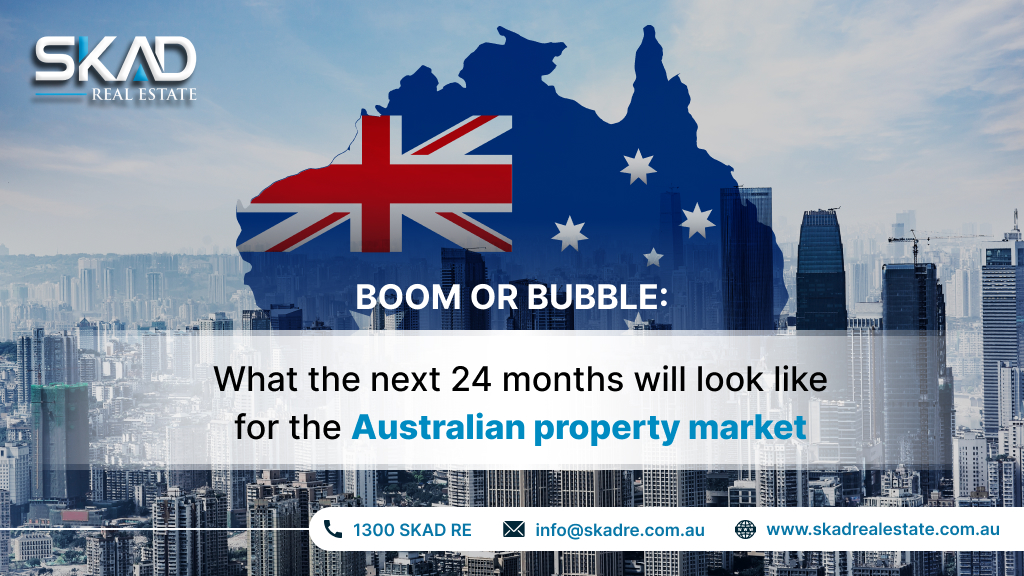 What do you think the property markets in Australia will look like in 2022 and beyond? This is a popular question now that the housing market has shifted from a strong and broad-based upswing across Australia to one that can best be defined as multi-speed.

At one end of the range, Australia’s two major cities, Sydney and Melbourne, are experiencing flat to declining home values, while Brisbane and Adelaide are experiencing quarterly growth of more than 20% on an annualised basis. There’s also a demand in property for sale in Craigieburn Victoria and other cities in Australia; so, the real estate market looks promising in the coming months. The property cycle has progressed to the next stage, which has been accelerated by an earlier and more aggressive interest rate tightening cycle.

Experts expressed their forecasts for where property prices in Australia would be by the end of 2022 in March. On average, panellists predicted a 12% price increase across the country in the next 24 months.

Nobody expects prices to rise in a straight line. There will be ups and downs, but this gives you a reasonable idea of where we might finish up. Finally, certain cities may have a bigger increase while others may see a lower increase.

There has been some pretty dramatic rise in the house prices as the economists shows. In cities such as Sydney, there has been an increase of upto 12% which add $120k to the value of the average house. Australian Bureau of Statistics showed in its latest report that median Aussie income is about $48,360. So, homeowners in Harbour City can earn 24% more than the average income, just by living in their homes.

Apartments, on the other hand, may not fare as well. While unit prices have remained stable for the time being, the closure of international borders to students and the ongoing use of online courses have led to lower rental income for homeowners across the country. As a result, apartments are seen as a high-risk investment.

For example, the gap between wage and house price increases continues to widen. However, Australia’s national house price to income ratio is still moderate on a worldwide scale, placing 27th out of 34 nations according to Statista, far below the United States, Canada, Germany, and even Ireland. Over the following 24 months, economists estimate a 12% increase in prices. This indicates that the two windows of opportunity for first-time home buyers may have closed. Now, more than ever, credit is more affordable, so it might be a good time to start looking into it. Markets can go up as well as down, so keep that in mind. Above all, buy where you want to live, not where you think property prices will rise – though maybe be a little more careful when it comes to apartments.

First-time buyers started the year off on a high note, with a record-breaking number of first-time buyer loans, but that has dwindled month after month. According to ABS lending data, the number of new loans taken out by first home purchasers has decreased by 11% in a year. However, the amount borrowed by them has increased by 1%. (because house prices are going up). The value of investor mortgages increased by 83%.

As the difference between home and unit values widens to roughly 38%, high-density living will become more enticing in 2022. As demand becomes more constrained due to affordability concerns, we may witness a shift in demand to the unit sector in the coming year. 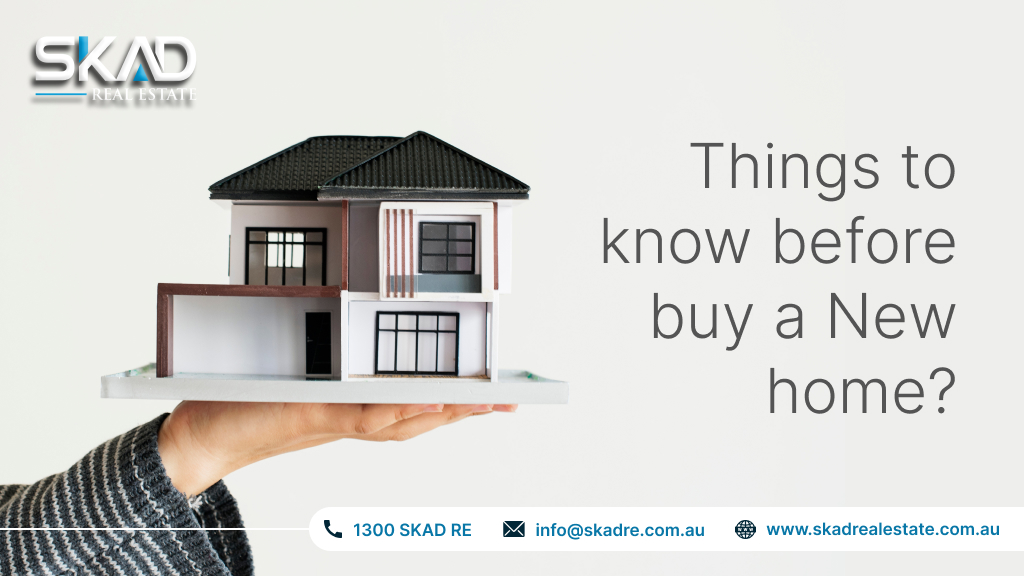 Things to know before buy a new home 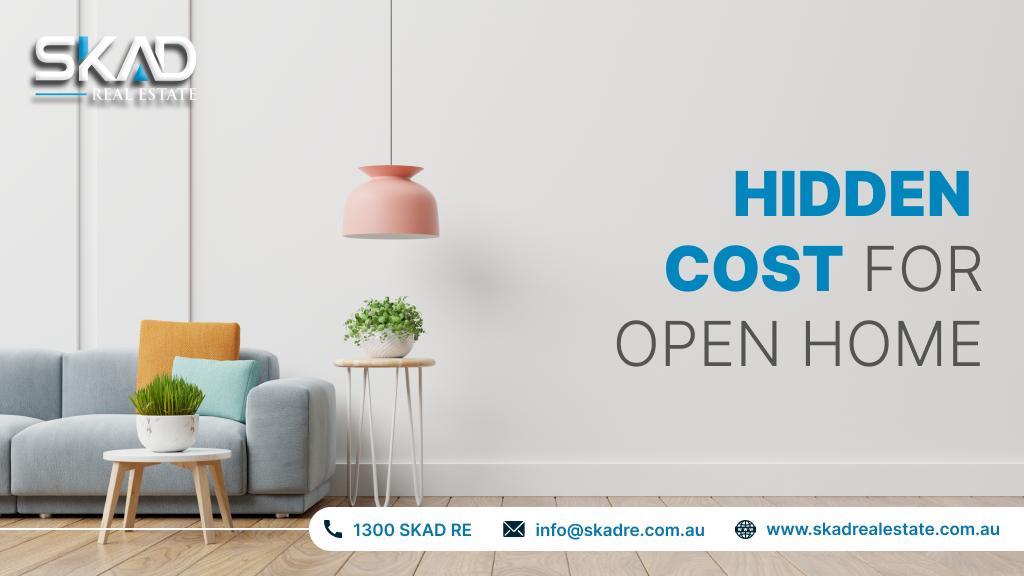 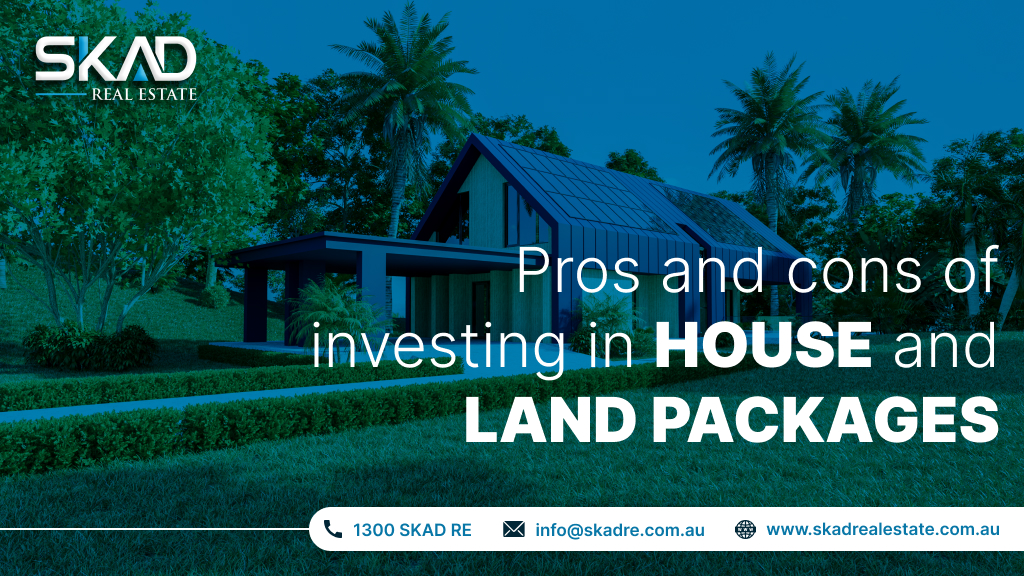 Pros and cons of investing in house and land packages